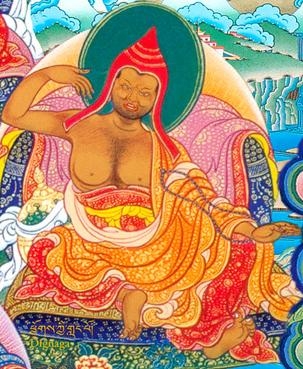 Dignaga (Skt. Dignāga; Tib. ཕྱོགས་ཀྱི་གླང་པོ་, chok kyi langpo, Wyl. phyogs kyi glang po) (circa 6th century AD) was one of the six great commentators (the ‘Six Ornaments’) on the Buddha’s teachings. He was one of the four great disciples of Vasubandhu who each surpassed their teacher in a particular field. Dignaga was more learned than Vasubandhu in pramana. His reputation as unequalled in debate was cemented through his celebrated victory over the brahmin named Sudurjaya at Nalanda monastery.

Among his disciples was Ishvarasena, who later became the teacher of Dharmakirti.

His early (extant) works were:

His remaining works were all pertaining to logic: