From Rigpa Wiki
Jump to navigation Jump to search
The printable version is no longer supported and may have rendering errors. Please update your browser bookmarks and please use the default browser print function instead. 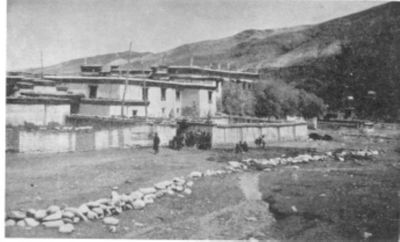 Drolma Podrang (Tib. སྒྲོལ་མ་ཕོ་བྲང་, Wyl. sgrol ma pho brang) — one of the two remaining branches of the Khön family lineage of the Sakya school. It was also the name for its physical residence (or palace, Tib. podrang) in Tibet.

The leadership in the Khön Family and the throneholders of the Sakya school have since then alternated between the Drolma and Phuntsok Podrangs.