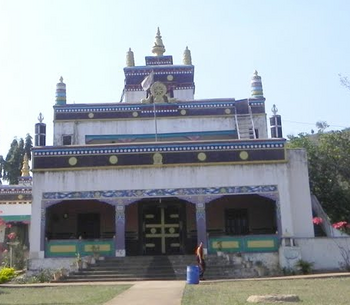 The construction began in 1961, close to Camp no.3, in Orissa Tibetan Refuge settlement, after the Dalai Lama’s requested Dudjom Rinpoche to build monasteries to help preserve the Nyingma lineage.

Around 1969, under the supervision of Lama Sherap Dorje Rinpoche and Lama Donam, a two-storey tsuklakhang construction was launched, but due to a lack of resources, it took another 10 years to complete.