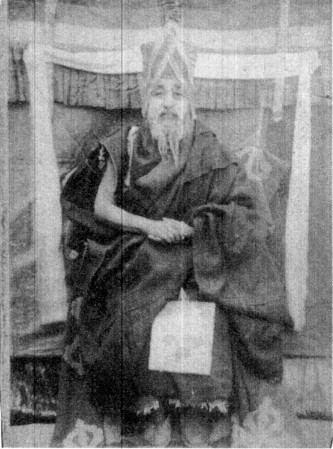 Öntö Khyenrab Chökyi Özer (Tib. དབོན་སྟོད་མཁྱེན་རབ་ཆོས་ཀྱི་འོད་ཟེར་, Wyl. dbon stod mkhyen rab chos kyi 'od zer) (b. 1889) - the second khenpo of Dzongsar shedra and also Khenpo Shenga’s successor at Palpung shedra. He was from Öntö Monastery. He met Mipham Rinpoche at an early age and went on to study with Loter Wangpo and Khenpo Shenga. He was also a close teacher of Chögyal Namkhai Norbu Rinpoche.

"In most shedras, they would teach the thirteen great texts one after another as you went from one class to the next, but Öntö Khyenrab would teach the Bodhicharyavatara all the time—throughout the whole year, summer and winter—and whenever he finished the text, in that same session he would go back and start again at the beginning of the text. It is said that he taught the Bodhicharyavatara continually throughout his entire life."

He established a shedra at Öntö Monastery, called Lhünpo Tse, where he taught a group of fifty students from all different schools and monasteries of East Tibet, for twenty years. He is thought to have died in the 1960s in a Chinese prison.

He is said to have written a major biography of Jamyang Khyentse Chökyi Lodrö, around 200 folios in length, which has not yet been rediscovered.