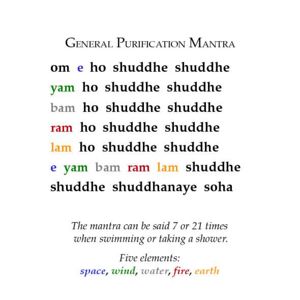 These outer elements interact with the inner elements within our own physical body, and the potential and quality of these five elements also exist within our mind.

Mind’s ability to serve as the ground for all experience is the quality of earth; its continuity and adaptability is water; its clarity and capacity to perceive is fire; its continuous movement is air; and its unlimited emptiness is space.

In the Vajrayana the five elements are understood to be, and perceived as the Five female buddhas or five mothers: