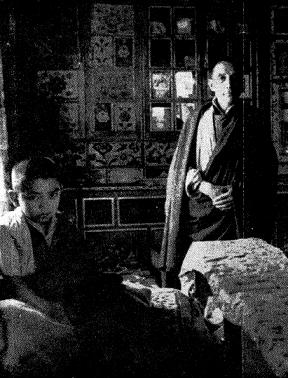 In 1975, Khenpo Tupten taught on Buddhist practice and meditation in London, with Sogyal Rinpoche translating. He stayed for three months at Chatsworth Rd, the first centre of what would become the Rigpa sangha.

In 1979 he accompanied Dudjom Rinpoche during his stay in London, giving teachings in St Mark's Hall and at Orgyen Chö Ling.