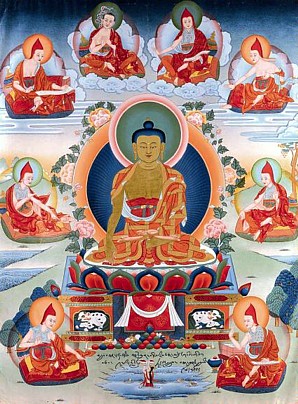 Buddha with the Six Ornaments and Two Supreme Ones

In total there are currently five known Tengyur editions, all of which are printed xylograph collections. Stanley David claims that there is much greater uniformity among Tengyur editions than those of the Kangyur and thus he divides them into two groups:[2]

In addition, there is the Pedurma (dpe bsdur ma) edition, which is a comparative edition, recently created, based the Derge collection.