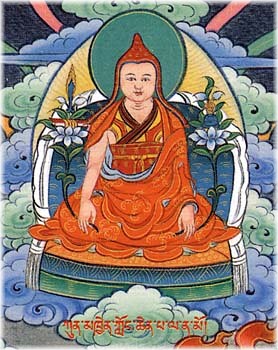 The Nyingtik (Tib. སྙིང་ཐིག or སྙིང་ཏིག, Wyl. snying thig or snying tig) teachings are the innermost secret teachings of Dzogchen. The Dzogchen teachings were revealed to Prahevajra (Tib. Garab Dorje) by Vajrasattva, and passed down through an unbroken lineage to present day masters. Within the Dzogchen teachings, there are three categories of teachings suitable to students of different capacity. The Nyingtik is the innermost secret unsurpassed cycle of teachings (Wyl. yang gsang bla na med pa'i skor) of the Category of Pith Instructions; this cycle is the most direct approach for students of the highest capacity.

Within the Nyingtik teachings, there are tantras (Tib. gyü) and instructional (Tib. mengak) texts. Regarding the instructional texts, Tulku Thondup explains:

The instructional teachings are elucidated and condensed in two major traditions of Nyingtik.

In the fourteenth century in Tibet, the great master Longchen Rabjam became the lineage holder of both of these Nyingtik traditions, and wrote a commentary on each tradition (see Nyingtik Yabshyi).

In addition to the original tantras of Nyingtik, the innermost esoteric teachings of Mengakdé translated into Tibetan, many other Nyingtik teachings were brought to Tibet mainly through Vimalamitra and Guru Rinpoche (and also Vairotsana). Some were transmitted in pure visions to great realized masters by siddhas who lived centuries before them. Some were discovered by masters in their state of realization of primordial wisdom. Some were revealed by masters as ters, which had been transmitted to them in their past lives by enlightened masters and awakened in this life to be revealed by others. They include