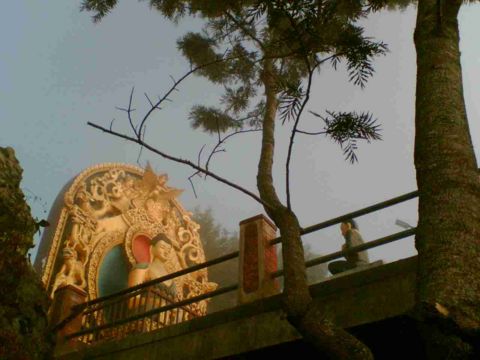 The five first excellent disciples were Shakyamuni’s ascetic companions for six years, until the Buddha to become, seeing asceticism was not the way, abandoned this extreme lifestyle. The Buddha's ascetic companions were of the opinion the Buddha lapsed in his discipline and turned away from him. However, seven weeks after the Buddha reached enlightenment they met him again in Sarnath, and though they had pledged not to speak to him ever again because of what they considered his failure, awed by his presence, they went up to him and received what was to become the Buddha's first teaching on the four noble truths at Deer Park. All eventually became arhats.