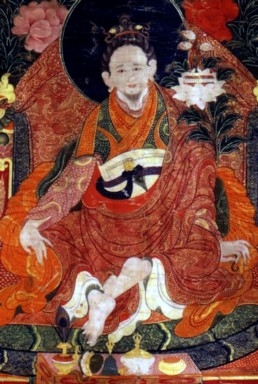 He was also instrumental in the transmission of the Collected Tantras of the Nyingma school. He compiled a new edition, expanding on Ratna Lingpa's edition, and also compiled a catalogue. The work was begun in 1771 and lasted until the summer of the next year, during which new printing blocks were carved.

A list of Jigme Lingpa's teachers mainly based on his record of received teachings (tob-yik).[4]

The following are only responsible for one transmission in his record of received teachings.

There are two early teachers whom Jikme Lingpa did not include in his record of received teachings.